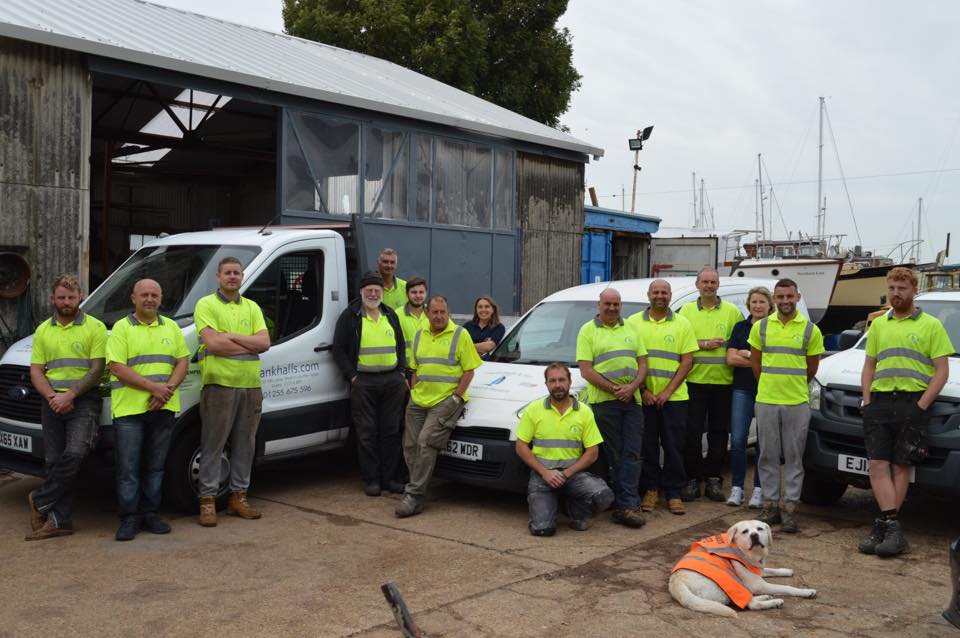 Frank Halls & Son Ltd was established in 1920 by Frank Halls and Mr Claude Brookes and was first known as Brooke & Halls. They started by building small rowing and sailing boats, then came the Gem class, of which quite a large number were built for members of the Walton & Frinton Yacht Club to race.

In the middle to late 1920s, they built a number of the 18-foot class, again to race at the yacht club. Two of these boats still survive to this day. In the late 1920s to early 1930s, Mr Brookes left the firm to start an ironmongery business. At this time Frank took his son Alf into the business and it became Frank Halls & Son, as it is today.

Frank died in 1934 and Alf carried on with yacht outfitting until WW2 started. The firm shut down in 1940 when Alf served as a full-time Lifeboat man in the war. In 1945 he was joined by his son Derek, they then started to fit out yachts that had been badly neglected during the war years. Derek was then joined by his brother John in 1955, when they started building rowing and sailing dinghies.

In 1959 they started building the Kestrel class of which 36 were made. Then they also made various other craft, fishing boats and two berth day cruisers. In the early 1970s the firm started finishing off Trintella 29 and 30 and Victory 40, a lot of which went for export at the time. In 1980, Frank's great grandsons Trevor and Christopher joined the firm which they run today.